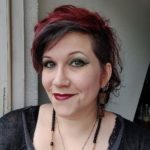 Research question: What unexpected insights does chart data reveal about The Beatles’ commercial dominance in the 1960s and tell us about the decade’s musical life?

The MusicID startling insight
MusicID shows the startling insight that in the 1960s, soundtrack albums surpassed the Beatles’ sales at year end. Is the rationale for this that gift giving overwhelmed nascent pop instincts? The Beatles are the top artist of the 1960s by almost every metric, but in Billboard’s year-end charts (which take weekly charts and rank each record’s performance for the entire year), for example, the Beatles have a surprisingly sparse presence. It is imperative to view the source chart data to see how successful a record really was in the context of its competition—when it dominated the charts, and when a competitor captured attention for longer. Comparing the source chart data to annual artist ranking summaries also leads to the startling insight that an enormous force in sixties record sales has been lurking almost invisibly, like dark matter: soundtrack albums.

The Musical Life of the ‘60s in the Charts
The Beatles’ commercial success needs no introduction. Even with the incredible subsequent success of superstars such as Michael Jackson and Madonna, the Beatles have remained one of the consistently best-selling artists of all time. Worldwide, the Beatles currently rank #1 for most successful song artist and album artist in MusicID’s analytical metadata platform, Impact. MusicID shows the 1 startling insight that in the 1960s, soundtrack albums surpassed the Beatles’ sales at year end.

MusicID’s worldwide Impact data shows that the Beatles had the top album every year from 1964 to 1969. But what about in country-specific data? How do national charts support or challenge 2 the Beatles’ monopoly?

Record charts flowered during the sixties, and their data helps to fill out the bigger picture of music in the decade. The industry standards, the USA’s Billboard and Great Britain’s Official Charts Company (OCC), publish year-end charts that summarize the top records and artists of the calendar year, or of all time.3 These summary charts are country specific; MusicID Impact data is an analytical equivalent that summarizes the success of records and artists worldwide. Billboard and OCC’s year-end charts are primarily tools for journalists; they are useful for academic research, but as this case study will show, their methodology has significant shortcomings. MusicID is the only existing tool that provides researchers direct access to the source data, bypassing the middle-man of trade publications and resulting in more accurate information.

In the top artists of the sixties, worldwide as well as for the US and GB, we see the usual suspects—The Beatles, The Rolling Stones, Elvis—but looking at the source data, it becomes apparent that a part of the story is missing.4

Showtunes and soundtrack albums are present in the top three records every year of the sixties, in the US and GB. While the Beatles had the four best-selling songs in GB in 1965 (as we will discuss below), soundtracks occupied four of the top five best-selling albums in the US that year. (In order: Mary Poppins, Beatles ‘ 65, The Sound of Music, My Fair Lady, and Fiddler on the Roof.)

Beatles ‘65 has an impressive fifty-six week run, but it was bested by Mary Poppins and its ninety-nine weeks in the chart. Mary Poppins charted from January 1965 to November 1966—its entire first year in the top twenty. Yet both are utterly dominated by The Sound of Music original soundtrack, which was released in April 1965 and charted for a staggering two hundred and six weeks. To this day, Billboard ranks The Sound of Music as the #2 most successful album in the US of all-time, above Michael Jackson’s Thriller.

In other words, Julie Andrews is one of the most successful pop singers of all-time—but you will not find her name on any year-end charts or artist rankings, nor will you find the artists who composed these scores. They are obscured behind the veil of “Various Artists”. MusicID’s direct chart data bypasses arbitrary music industry divisions and provides a complete picture.

Using MusicID to Investigate
Let’s take a step back and look at the singles charts for Great Britain, where the Beatles had the home advantage. MusicID’s analysis of the most successful songs of 1964 shows that worldwide, the Beatles hold three out of the top five positions, with “I Want to Hold Your Hand” (#1), “She Loves You” (#3), and “I Feel Fine” (#5). This is mirrored in the national charts for GB, where four 5 of the top five best-selling singles for 1964 were by the Beatles. Far and away, the Beatles were most successful singles artist of the decade, with seventeen #1 songs that spent a collective 69 weeks in the charts—well beyond the #2 artist of the decade, Elvis, who had eleven #1s with 44 weeks in the charts. Yet looking at the #1 songs for each year, both worldwide and in GB, Beatles only had two #1s, and Elvis one.6 What gives? This absence speaks volumes about the pitfalls of year-end charts. When a song, such as “She Loves You”, is released late in the year and charts past January 1st, its impact is arbitrarily cleaved in two. The year-end rankings rob chart dynamos of their success and create a less accurate list of #1s. In MusicID, it is easy to view the true chart life songs and make better-informed analyses of a record’s true success and impact. Viewing GB’s top songs of the decade side by side, we make some interesting discoveries.

The #3 song of the sixties in GB belongs to crooner Ken Dodd, whose recording of “Tears” (a song originally written in 1929) was the #1 song of 1965. As the graph shows, “Tears” (shown in dark blue) was in the charts longer than any Beatles song, save for “She Loves You”. A quick search in MusicID reveals that Ken Dodd never charted outside of GB, but he had fourteen hit singles during the sixties, of which only “Tears” reached #1. Yet that lone #1 sold better than 88.2% of the Beatles’ hits in GB. The graph above also provides a few insights into the correlation between weeks in a chart, weeks at #1, and total sales. Chart positions are determined by consumer sales, so one expects a strong correlation between weeks at #1 (or weeks in the chart) and higher sales. “She Loves You” and “Tears” demonstrate that this is often true. “She Loves You” was the #1 song of 1963, even though 34.5% of its chart life was in 1964. Graphing its chart history shows clearly that it performed better in 1963 than in 1964.

Those weeks at #1 mean something. Yet, if we use MusicID to sort the Beatles’ singles by weeks in chart and compare the five #1s that charted the longest, we see that “I Feel Fine”, the fifth best-selling song of the decade in GB, is not among them.

By comparing OCC’s sales rankings to the chart data, we can surmise that “I Feel Fine” sold more copies in its thirteen weeks in the chart than “From Me to You” did in its twenty.

Hidden Hits of the Albums Charts
Turning to the album charts and the US, the Beatles continue to demonstrate both the perks and perils of chart company rankings. The Beatles still hold the US record for most #1 songs in a calendar year—six in 1964 (the year of their first US release) and six in 1965—yet the year-end chart for 1965 has only one Beatles song, at #7. How is it possible that the artist who held the #2 album of the year, Beatles ‘65 , failed to beat the competition in singles?

Let’s look at the five US singles for 1965 next to Billboard Magazine’s top three songs for the year:

Sam The Sham, Four Tops, and the Rolling Stones clearly had much longer chart runs than any Beatles song that year. Cumulatively, the Beatles set several records for their singles that year, but individually, their hits were outdone by the competition.

Absences in the singles charts lead us to one final discovery, perhaps the most surprising of all. When we compare the top singles for 1964 or 1965 (both explosive years, musically, in the US and GB) to the top albums, or review rankings of top artists for the decade, we discover that an enormous part of sixties record sales has been hidden from view: soundtracks. Soundtrack albums are included in the Billboard 200, but album cuts were not included in the Hot 100, the industry standard for singles, until 1999.

Showtunes and original soundtrack songs were rarely released as singles in the US or GB unless they were written by major pop artists, such as “Mrs. Robinson” (from The Graduate) by Simon & Garfunkel. Consequently, six of the #1 albums of the sixties produced no hit singles. (Similarly, there was only one single released in advance of Beatles ‘65, which charted in 1964 and therefore does not appear on the 1965 year-end charts.)

Conclusions
For an accurate view of which songs, albums, and artists were truly the most successful, it becomes necessary to consult the source data—MusicID’s centralized database uniquely provides this. While year-end charts and all-time rankings certainly have their uses, they also have significant disadvantages. When comparing year-end charts, it also becomes clear that no individual chart alone provides a complete picture of a time or place’s musical life. Only by comparing charts can we get a fuller picture of what people were actually listening to. While worldwide sales of Beatles records, for example, may have ultimately surpassed other top albums of the sixties, the startling insight from MusicID and rigorous research is that in the US, Beatlemania couldn’t touch Broadway.

2 The #1 album of each year, worldwide: http://impact.musicid.academicrightspress.com/music/yearsa.htm
(accessed June 2019).

3 The ability to generate your own chart summaries, rather than relying on chart company publications, is a
feature that will be available to MusicID users in the future.

4 The top artists of the decade, worldwide: http://impact.musicid.academicrightspress.com/music/ds1960.htm.

5 Worldwide ranking of the hit songs of 1964: http://impact.musicid.academicrightspress.com/music/yr1964.htm
(accessed June 2019).

6 The #1 song each year, worldwide: http://impact.musicid.academicrightspress.com/music/years0.htm .

Not a member? Join Humanities Commons!

This site is part of Humanities Commons. Explore other sites on this network or register to build your own.
Terms of ServicePrivacy PolicyGuidelines for Participation